In addition to the graphical user interface (GUI), script may be the most commonly used feature in Letswave7. Script provides users more freedom in the EEG processing, but also requires users to have a more solid programming foundation, which makes it difficult for the researchers without relevant backgrounds to use. Letswave7 is dedicated to solving this problem.

In Letswave7, the system runs a batch processing by running the corresponding Matlab script. Once the processing flow has been made, the corresponding Matlab script has already been generated automatically. Users can click the “script” button in the batch module to get the full script. Once the users have learned the use of GUI, they almost already understand the writing of script. 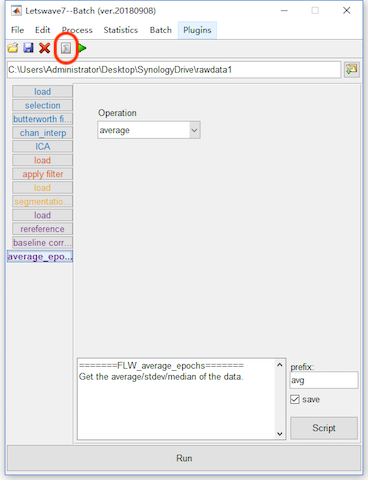 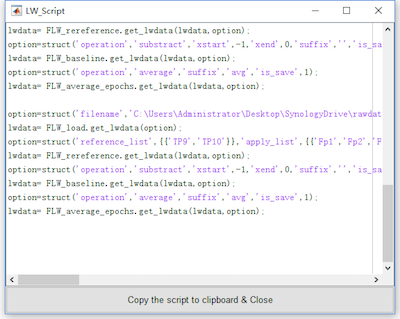 The script for the single step operation can also be obtained with the “script” button in the lower right corner in each step of batch processing, which can tangibly reduce the users’ dependence on the tutorial and the help document. This feature is essential, since it can effectively help the script-based user to speed up the script writing and improve the quality of the script. More importantly, it can really reduce the script-based user’s entry threshold. Even the users without a solid background for Matlab programming are able to write high quality script for batch EEG signal processing. 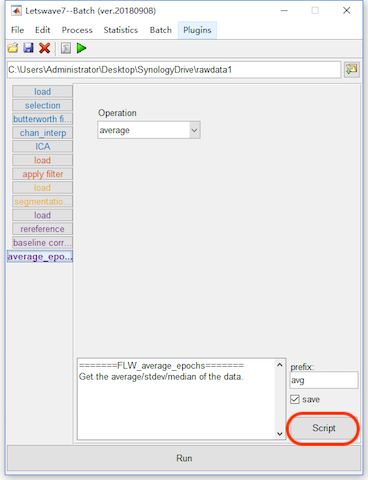 In Letswave7, we provide a rich function library for the script-based users, which are starting with FLW_. The grammar of all the functions in this library is uniform. For one step of operation, we need just need define the option and then call the corresponding FLW function.

The parameters setting in the option is identical to the parameters selection in the GUI. It just needs to be noticed whether the input and output of the function is a single dataset or multiple datasets.

Similarly, the other information is also easily to be accessed in the other modules, such as the event information, the channel name and statistical result about the mean, maximum and minimum value.

Here, we repeat the data analysis of the P300 dataset for example to demonstrate the use of script in Letswave7.

Once you are familiar with Letswave script and Matlab programming, you can combine the two scripts into script3.m and edit it to improve efficient and change the name of the datasets for the further multiple subjects analysis. 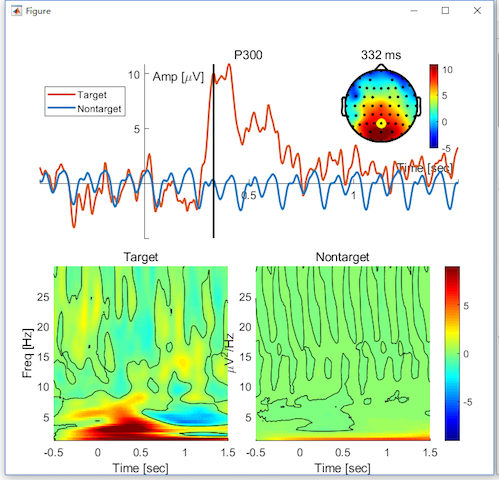 Switch the path of Letswave to “rawdata2” and repeat the operation of grand average and statistical analysis in Chapter 2-1 and Chapter 2-2. After the editing by the String manipulation and adding a for loop, we can have the script for multiple subjects analysis, which can be download as script5.m.

Run the script5 in Matlab, we can have the exactly the same result as it is in Chapter 2-1 and Chapter 2-2.