The Framework of Letswave7 is shown in the following figure, It includes four modules, which are manager module, batch module, viewer module, figure module. 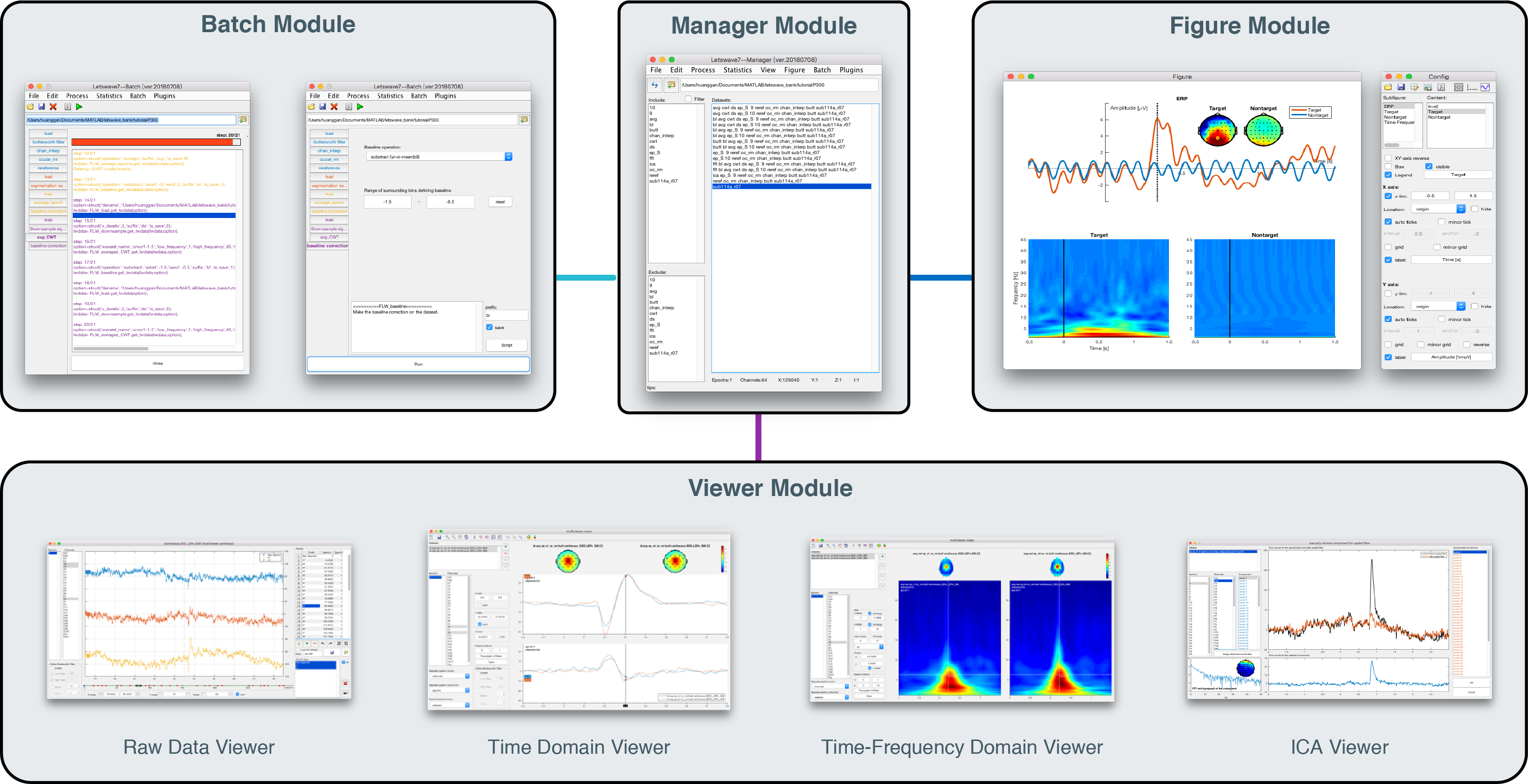 Manager module is the main interface of Letswave. It can be launched by typing ‘letswave’ in the MATLAB command prompt. In the manage module, all the dataset is managed by the affix in the file name, which is separated by space. Multiple datasets can be very easily and quickly selected under the filtering of the affixes in the two list boxes in the left side, even there is tens of thousands of datasets in the current folder. After the file selection, we can do the delete/rename, or further processing on these datasets. The interface to the other modules is provided in the menu of the manager module and right-clicking the datasets.

Viewer module is used for the observation of one or multiple dataset(s). Viewer module includes a set of viewers, which are used for the observation of the raw data and the result in time analysis and time-frequency analysis respectively. For the multichannel datasets with multiple epochs, the viewer allows the user to display the result in separated windows in different rows or columns, or superimpose different datasets/channels/epochs in the same windows. Spatial topography information can be jointly displayed for a single time/frequency point or the mean value from certain interval. Simple statistic of the mean, maximum and minimum value with their location on the selected interval would make the work of peak detection with their latency information become simple and intuitive.

Figure module is used for the graphics generation, which can be directly used in the publication or presentation, or send to the other graphics software for further editing. The GUI-based user can make their graphics from certain templates or directly from a blank canvas. The figure module allows user to flexibly customize the layout, free to the style of font, line, map. Further, the graphics can also be saved as a template. For the next time, the user can just open the template and replace the dataset to generate a new graphic.